About WorldstarHipHop:
WorldstarHipHop is home to everything entertainment & hip hop. The #1 urban outlet responsible for breaking the latest premiere music videos, exclusive artist content, entertainment stories, celebrity rumors, sports highlights, interviews, comedy skits, rap freestyles, crazy fights, eye candy models, the best viral videos & more.
Since 2005, WorldstarHipHop has worked with some of our generation's most groundbreaking artists, athletes & musicians - all who have helped continue to define our unique identity and attitude.
We plan on continuing to work with only the best, so keep an eye out for all the exciting new projects / collaborations we plan on dropping in the very near future.

This the song we neva knew we needed

If this isn't playing at my funeral I'm not coming

he sounds more on beat

This song drops harder than my dad's belt! Copied

“let off clips on your block let the heat clap, then go turn on the news for a recap” polo colddd

Blueface killed it this time

Someone put this on audiomack

Real talk I never seen them make a song together before

"50, shots, many men in the minivan" Lowkey that line hard af

in case joe try to budden

this its jus blue face on it but he snap

Autoplay just put me on this heat🔥🔥

World star: how many people do you want in the van. Blueface: yes

Miniman in a minivan

Only came to hear polo g

best i heard bluface rap in a minute

This ain't BlueFace song no more, it's Polo G

Anyone else notice blueface redid his bars for this video and got much more on beat. And it’s much better. He got bars and he need to leave that off-beat shit at home. This recording is 10x better than the album recording

Is it just me or do they seem like good friends

Interesting, a blood and a crip in the same song

fuck this is gooooooooood

Polo g like that this shit hard as fuck

Yo people and upcoming rapper! Im emjay, a skilled producer just now starting his journey, fire drill beatsl, trap beats, club beats, we make it all, subscribe and get the best type beats on a daily! Love people!

Polo g be spitting it

Who only listend to polo g verse and thens leaves

Lets see which one gets more likes

Is blueface with politics or some shit he knows to much

Keep it on me case joe try to budden😂😂💯🔥

THE MOST UNDERATED SONG EVER

[Intro] (Ayy, Manzo, we got a hit, boy) (Shout out my nigga Synco) (Ooh, Bighead on the beat) [Verse 1: Polo G] I done lost 8K at the telly, was gone off the Xannys, I took about three nap Out in Malibu cappin' off X, and I crashed the i8, I just hope I don’t relapse That lil' nigga ain't livin’ what he rap When we pop out, bitch, you know that we strapped Let off clips on your block, let the heat clap I'm not gon' turn on the news for a recap Ayy, damn, foenem got the jakes hot in the hood again My lil' shawty done tied up his hood again Let him pick out his pipe and he took the SIG Say he want somethin' new in his 'Wood again Leave a nigga somewhere that he shouldn't have been Told him, "Go fuck with they block and spazz" "I don't wanna hear what you could’ve did" [Verse 2: Blueface] Fifty (Fifty), shots (Graow) Mini-man in a mini van (Mini-man) Blueface, baby (Yeah, aight) Polo, G-Wagen (2020) Keep it on me in case Joe try to butt in (Hah) I hop out a luxury bustin’ (Bustin') I get you hit from London (London) For a hundred, they gon’ shoot a hundred Ha-ha, he got chipped like a Funyun (Ooh) Now he dead and I'm dickin' his pumpkin (Pumpkin) Ayy, ooh (Woo), she blowin' dick like a trumpet (Ooh) Bitch, don’t call me for nothin' (Nothin') I ain't comin' 'less I'm cummin' (Bustin') Drive the boat like a bucket (Ha-ha) I put dick in her stomach [Verse 3: Polo G] Fuck a bitch in the back of the Hummer truck Arch her back, now I'm fuckin' her stomach up We gon' lose it if one of our brothers touched So you don't want a problem with none of us He gon' lay on the ground like, "Why me?" 'Cause this 40 gon' rock him like Kyrie Paramedics, he hooked to an IV All of my niggas cappin', so why tweak? [Verse 4: Blueface] Ayy, fuck a tweet and a sub, I'd rather hop out with a sub (Grraow) I'ma visit him up, put thirty and forty, but he got hit with a dub (Twenty) I get him hit for a dub (A dub), pull up to Chase and I wire the plug Came in the truck, but we bounce out the bus Chase no ho, I pull up to fuck (Woah) Came in the clutch, so I got her a clutch (Clutch) I don't get searched when I walk in the club (Yeah) Pay 1K for a cut She ain't got a butt, so I bought her a butt Public defender, had lunch with the judge (Public) The sentence is twenty, give my lawyer a dub I'm on probation (So what?), still keep the pump Act up in this bitch, you get spilled like a cup (Ugh)

This shit should have 17 million

Yo when blueface cleaned the drip at the start of the vid I felt that. 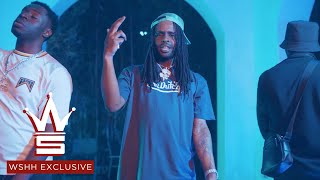 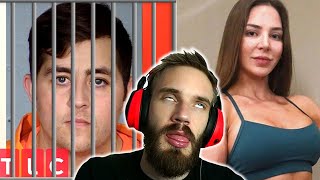 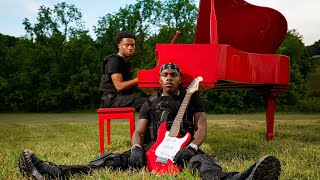 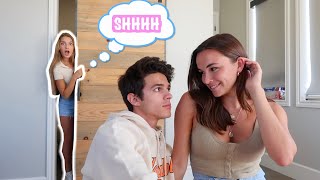 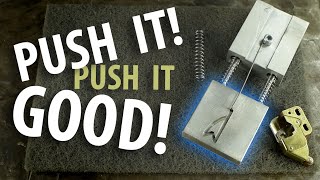 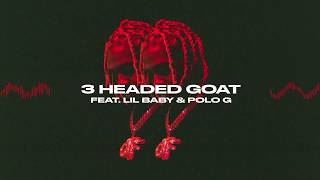 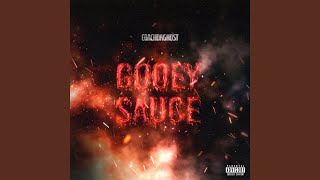 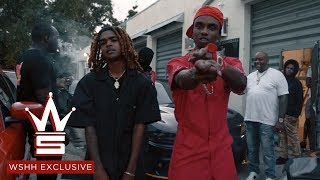 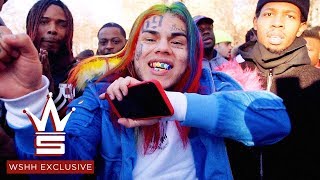 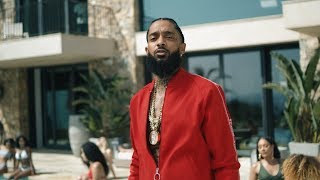 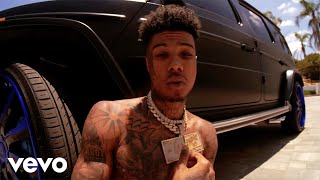 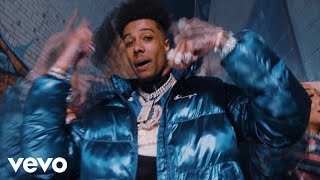